Richard "Rube" Render received his AMTRYKE on October 11, 2021. Richard prefers going by his life-long nickname "Rube" and was referred to the Lubbock Monterey Ambucs by his Occupational Therapist, Caitlyn Warrick, from the UMC Health System Rehabilitation Center. Rube is a retired marine and states "once a marine, always a marine". Shortly after having surgery earlier this year, he was diagnosed with Myasthenia Gravis, causing a decrease in his muscle tone and overall weakness with decreased ability to ambulate. His Occupational Therapist, Caitlyn Warrick, was familiar with AMTRYKES and told Rube about Lubbock Monterey Ambucs and their AMTRYKE Program. He did not hesitate and said he wanted an AMTRYKE. 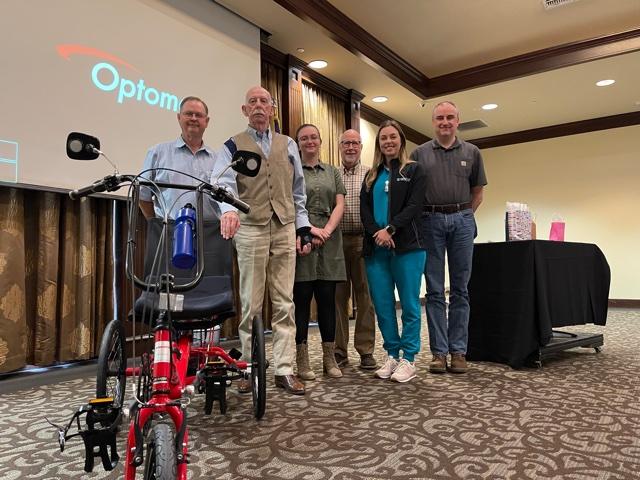 The AMTRYKE Rube received was a refurbished one, due to having difficulty in getting new AMTRYKES because of COVID. The refurbishing expenses for parts were paid by a grant from The Community Foundation of West Texas (please visit their website: cfwtx.org). Another key person in seeing Rube received his AMTRYKE was Roger Carothers, who was a sponsor for this AMTRYKE. In addition, Jim Anderson who is a member of the Lubbock Monterey Ambucs and a member to the Ambility Committee, was the turn-key mechanic to bring Rube's AMTRYKE back to a "like new" condition. 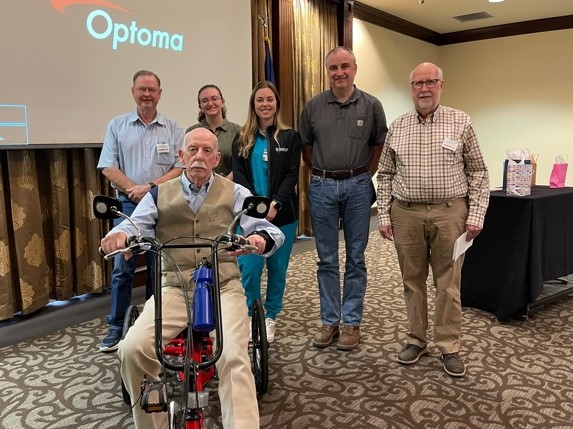 As you can see, many people are involved in giving an AMTRYKE to a deserving recipient like Rube. Lubbock Monterey Ambucs gives these AMTRYKES at no cost to a qualifying recipient. Rube was so touched in receiving his AMTRYKE, he made a donation to the Scholarship for Therapists Program and a donation to the AMTRYKE Program. On behalf of the Lubbock Monterey Ambucs, we are so thankful for Rube's donations. It is so gratifying to be able to help folks like Rube...and if you'd like to share in that mission, JOIN US for one of our upcoming Monday Luncheons and find out more about what we do.