Anthony “Tony” Brocato rejoined Lubbock Monterey Chapter of AMBUCS on March 2, 2022. He has a long lineage, as his mother was in AMBUCS “many, many years ago”. Originally, Anthony joined AMBUCS in 2012 and at that time, his sponsor was Bret King. For Anthony’s rejoining, he was sponsored by Rollo Gurss. 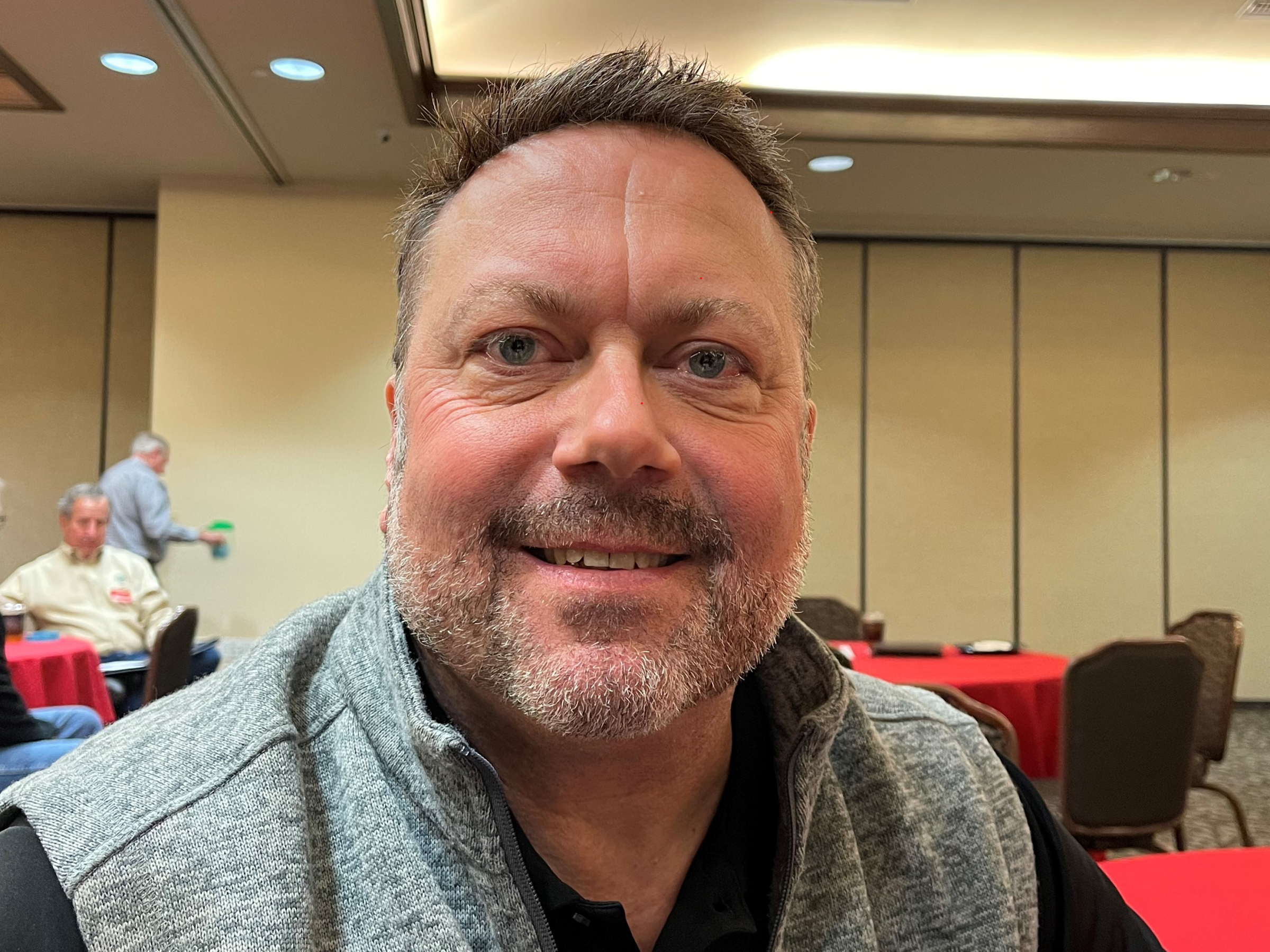 There are several reasons Anthony rejoined Lubbock Monterey Chapter of AMBUCS. His main reason is he is a veteran. When he realized Lubbock Monterey Chapter of AMBUCS, not only gives AMTRYKES to children and adults with special needs, but also to veterans…that touched his heart!!  In addition, he is in healthcare, and he sees the value of our mission…not only physically, but emotionally as well.

Anthony works at Lynn County Healthcare System in Tahoka and he is the CFO. Other interesting facts about Anthony, he served as a Marine (once a Marine, always a Marine), served in Desert Storm/Shield Veteran, is a Rotarian and is a member of Center of Global Understanding.  For Anthony’s favorite pastime he stated “…fishing, traveling, gardening and working on their farm”.

Anthony and his wife Amanda, were married October 25, 2014. They have four children, Sage, Bridgett, Reese, and Reagan. In addition they have two puppies named Iris and Indigo.

When asked about goals, Anthony said he believes in the importance of being a mentor to more young men as to life and work. Thank you Anthony for being a mentor; we need more men to step up and have this as a goal.  In addition, he is planning on a great retirement and eventually move into consulting work. And, of course a Lake House to go along with one of his favorite pastimes…fishing!

We are so grateful to have Anthony Brocato as a Member of our Monterey AMBUCS Team, and whether you’re a long-time Lubbock resident or a newcomer, if you, too, would like to learn more about our Mission and see about joining our Team, just JOIN US at one of or regular Monday Lunches at the McKenzie/Merket Alumni Center on the Tech Campus.  You'll be glad you did. We are the Lubbock Monterey Chapter of AMBUCS: Proud of our past...Engaged in our present...and excited about our Future. As it was in1960...and as it still is today...We stand Shoulders Together!!