Gail King joined the Lubbock Monterey AMBUCS in 1999 (she thinks). She says her husband, Dave, was a member and “I felt it would be something we could do together.” 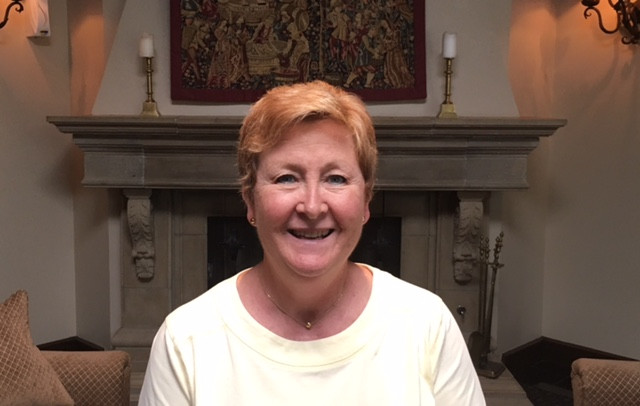 Dave and Gail met in January of 1971; were engaged in February of 1971; and were married in April of 1971. Guess it must have been meant to be, because they’ve been together 45 years!

Gail is the Secretary/Treasurer for the Melonie Park South Homeowners’ Association, where she does the day to day management of the HOA. She also works as a volunteer at the Covenant Medical Center, and says she “enjoys watching college football and cooking.”

She and Dave have a Daughter, Amy who lives in Corpus Christi, who has two daughters, Meghan/18 and Rachel/16. They also have a son Landon who lives here in Lubbock and is part owner of KING-FM radio.

Gail is definitely one of those folks you want as a member of your organization, because she’s not looking to be in the spotlight, but is always one of the first to raise her hand when we need something done to help the club.

If you think you might like to be a part of our Club JOIN US some Monday at the McKenzie – Merkett Alumni Center for our regualr weekly luncheon.